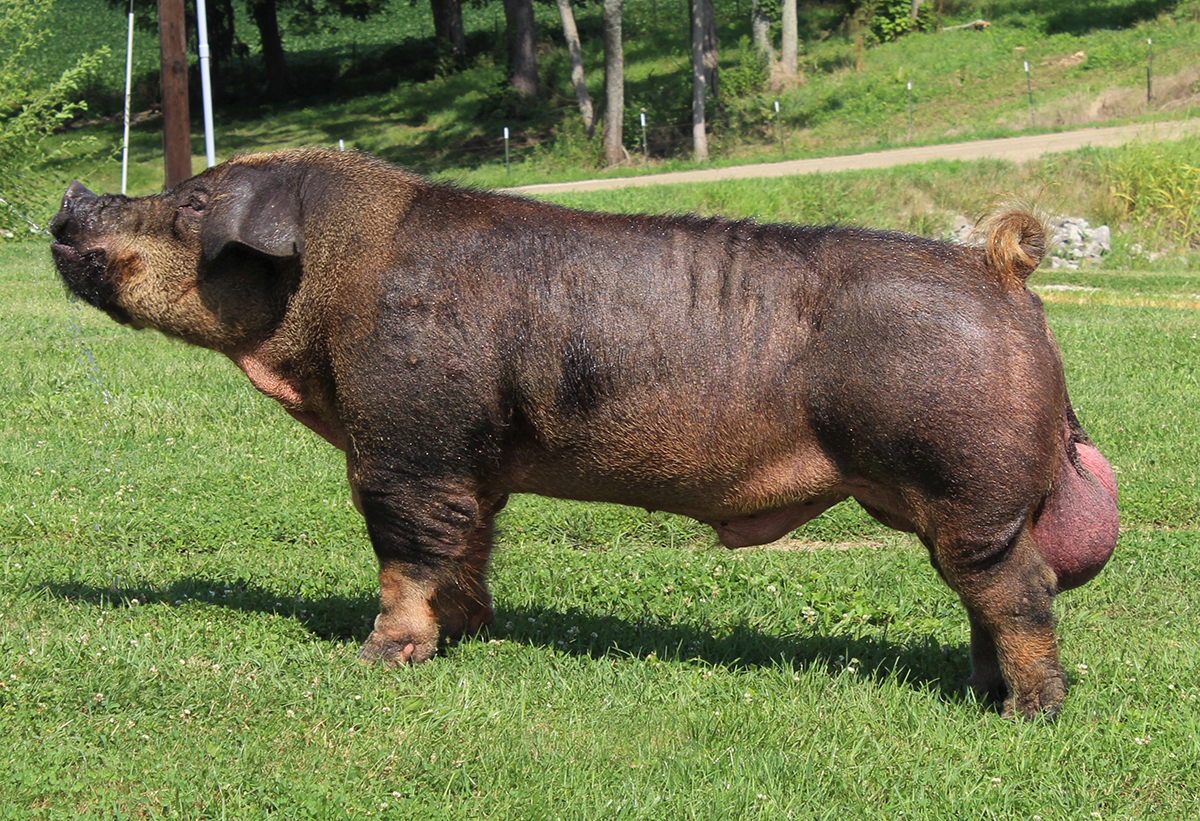 Incredible mature boar out of one of the most potent generators in the Duroc breed! “Danica” has put countless boars into stud and is as predictable as they come. Red Wire’s littermate brother BUILT DIFFERENT has cut a swath this summer and we expect Red Wire to continue that trend. With limited use, Red Wire recently sired a class winning gilt at the Indiana State Fair and there will be more to follow as Joostberns has used Red Wire on several sows for summer born pigs. Based off of the first pigs, Austin says he is going to stamp an incredible pattern from the side , paired with a bulletproof hip and hind leg. Along with incredible proportions, his spread and shape up high will combine to make sellable babies that feed incredibly well! He’s not been here long, but he is already finding his way into some of the very best red sow herds in the country!!!

BACK TO ALL SIRES

Mix n Match Contracts Available. Check with us for details.